How to cut sushi

You want to know how to cut sushi? A sushi and roll knife is a yanagiba with a wide long blade, sashimi bocho with a narrow blade sharpened on one side, and takobiki (sashimi knife) with a cut or rounded tip. Use first one to cut raw fish with wide plates. Sashimi bocho makes thin strips of tuna or salmon, cuts seafood. Takobiki is better to use for vegetables.

All of them are quite large, with an operational part length of 200-300 mm, but very sharp, due to under 20 degrees sharpened blade and high hardness steel. The most famous companies producing knives for making rolls and sushi are Kasumi, Kai Seki, Masahiro, but there are also cheaper products of good quality by Samura and Stainless.

Sushi and roll knife has the following features.

So, if you wish to know how to cut sushi, think about the right knife. The traditional roll knife is called yanagiba, and it can be used for the most of operations for preparing Japanese dishes ingredients. There is also sashimi bocho that is more convenient to cut sushi products into thin strips, as well as divide finished meals into portions. The third tool is takobiki. It is used to chop vegetables.

So, how to cut sushi properly? Knifes to prepare ingredients for sushi and rolls are used to:

There are following types of knives for cooking Japanese dish

This is a large tool with 240-300 mm long blade and a very thin tip. Its blade is almost straight, looks up a little, and the butt is beveled down. The shape and perfect one-sided sharpening allow doing almost all operations related to cooking sushi. But more often, yanagiba is used to cut fish fillet into thin slices. These slices then used to wrap sushi.

This knife is also large, but with a narrow long blade (up to 200-330 mm). The width of the main part does not exceed 32 mm. The sashimi bocho butt is lowered, and the blade line looks up. The blade is sharpened on one side only. The knife is used to cut thin slices for the rolls filling.

This knife is good to grind seafood and vegetables. It has a straight butt and a raised blade line. The tip of the blade can be slightly rounded or completely blunt. Its length reaches 165 mm, and the total lengths is up to 300 mm.

The tool can replace takobiki, as it is designed for cutting vegetables. However, it is not convenient to prepare seafood with it because of the blunt tip. The blade length of this tool is 200-250 mm.

This large and heavy knife isn’t used for sushi, but to cut whole fish. The tool has a wide blade with a length of 150 mm (total length 290 mm); the lines of the butt and the blade are symmetrical towards the tip. The blunt blade part is also very thick. The blade, on the contrary, has the thinnest edge.

The knife is also used for not only sushi and rolls, but to chop vegetables and use as a slicer for fish. Santoku has the rounded dagger (160-190 mm length) and the straight blade. The tool itself is quite heavy. But nothing sticks to its surface, so using santoku in the process of making sushi is also quite convenient.

How to cut sushi properly

The knife for cutting rolls is used by the following rules:

Knives for sushi and rolls are no less important than the products used. They help to make the dish aesthetically attractive and to cook it quickly. However, you don’t need to choose the most expensive knife; better buy small-sized knives, but made of high-quality steel and with the correct sharpening. 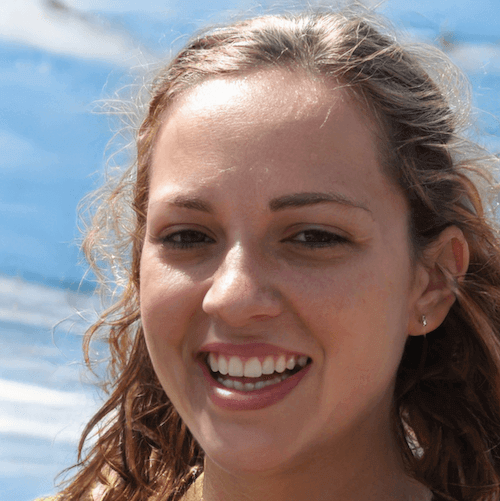 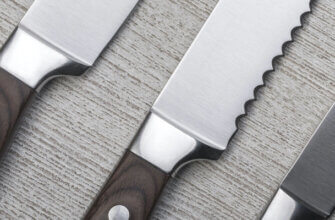 How to store knives
Knives are an imprescriptible element of any kitchen.
026 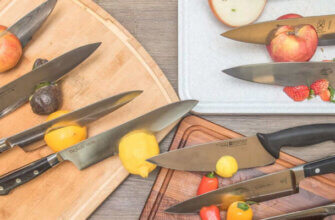 How to choose kitchen knife
Not all kitchen knives are the same. Very often, fashion
047

5 Best Boning Knives Review
Would you like to have the best boning knife?
01.3k. 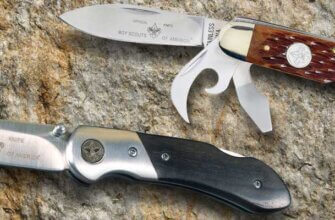 Types of pocket knives
There is a wide range of various knives in our everyday life.
014 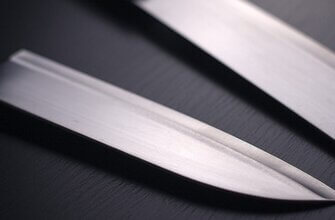 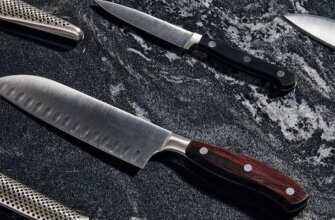 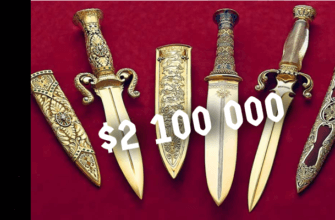 Most Expensive Knives in the World
Knives entered our everyday life many centuries ago.
095
wpDiscuz